Cutting myself some slack towards the goal of being prolific I felt it would be a good exercise to catalog some of the things I have worked on over the years. A public record and a reflection with some hindsight.

Pepster - An app and device for kids with cystic fibrosis

Around 2012 I had the opportunity to work on a final year engineering thesis for a UQ researcher. The project was the development of a device to record a breathing exercise called positive expiratory pressure (PEP). This exercise helps people with cystic fibrosis to clear mucus from their lungs. If not cleared the mucus can become infected and lead to long stays in the hospital. The goal here was to record sessions to both track compliance and effectiveness. This data could then help parents better manage CF in their young children.

Two friends and I worked on the project over the course of the year. I designed the clinical portal that would receive, classify and display training sessions. The others worked on electronics and physical device design. We built some early prototypes out of lab equipment to show we could measure pressure in a useful way. 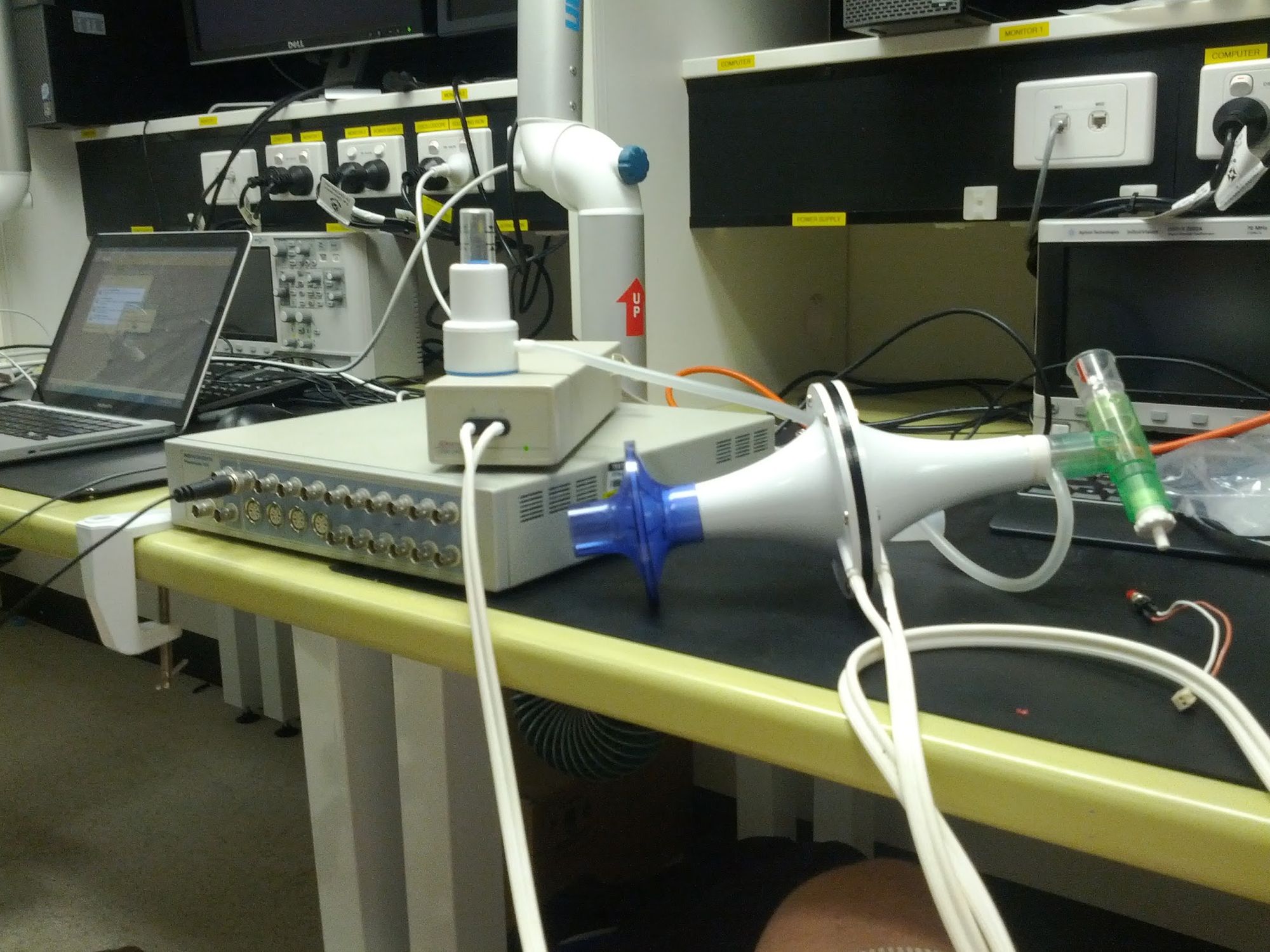 We decided that connecting to a tablet would simplify the electronics and allow us to record. Recording enabled real time feedback, helping guide the user towards an ideal pattern. [1] In 2012 tablets were still not ubiquitous and connecting devices to them was not yet common practice. In the end we opted for a Google Nexus 7 tablet as it had a USB interface we could use to connect the device.

By the end of the project we had a single working prototype. The device connected to the tablet and recorded the session. Once completed it sent data to the clinical portal for analysis and display. 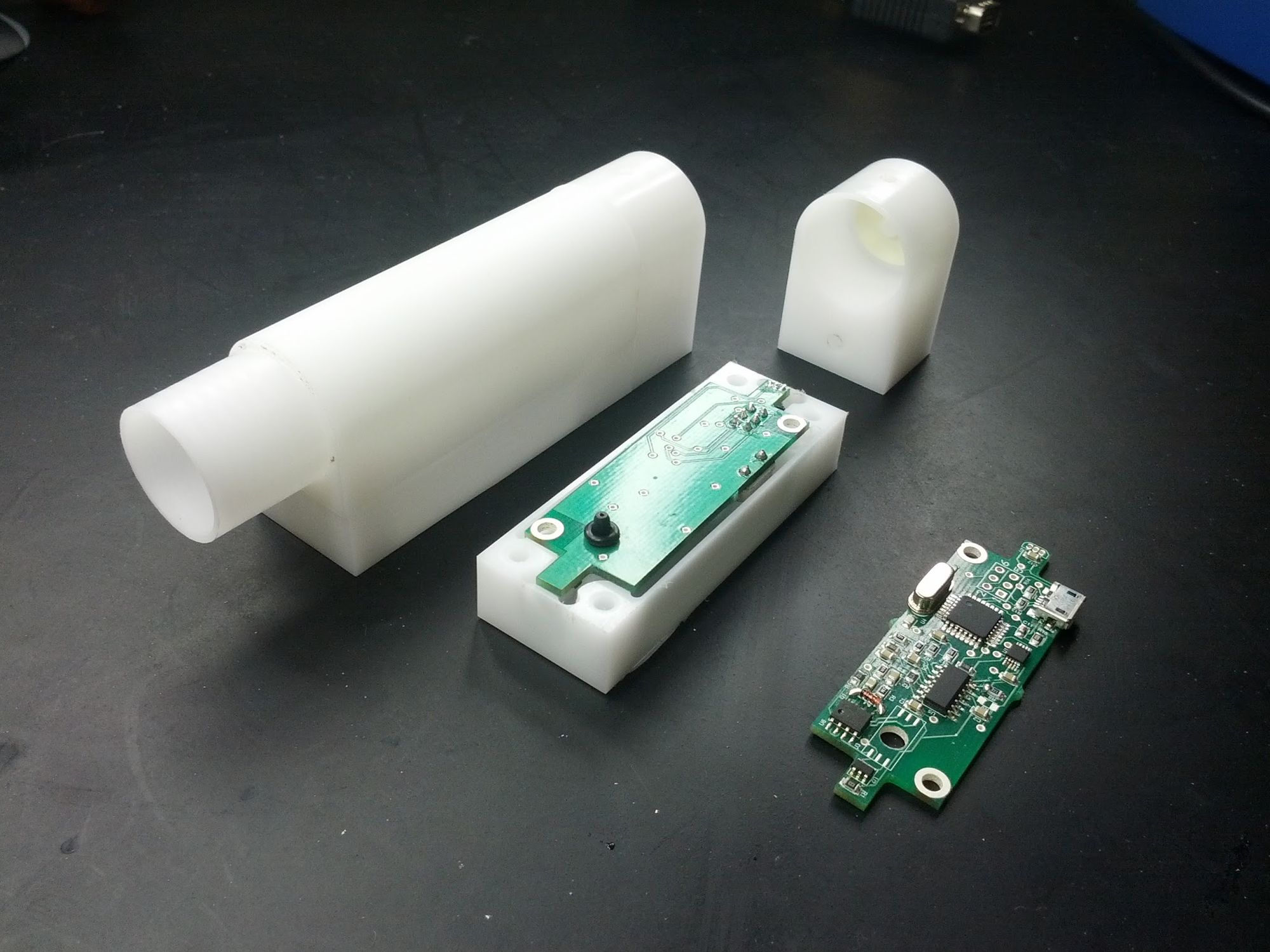 We displayed the project at the final year thesis showcase. Judges awareded us a prize for project with the most commercial potential. That prize included entry to the UQ accelerator program iLab. We took to offer and started on the path from a single hand crafted MVP towards the next phase of development.

December 2012 until February 2013 marked the iLab program for us. The startup scene in Brisbane was far less developed than it is today. We had a cohort of six or so other companies, some I knew and others we met in the program. As with most early accelerator programs it was a mix of business basics and building product. 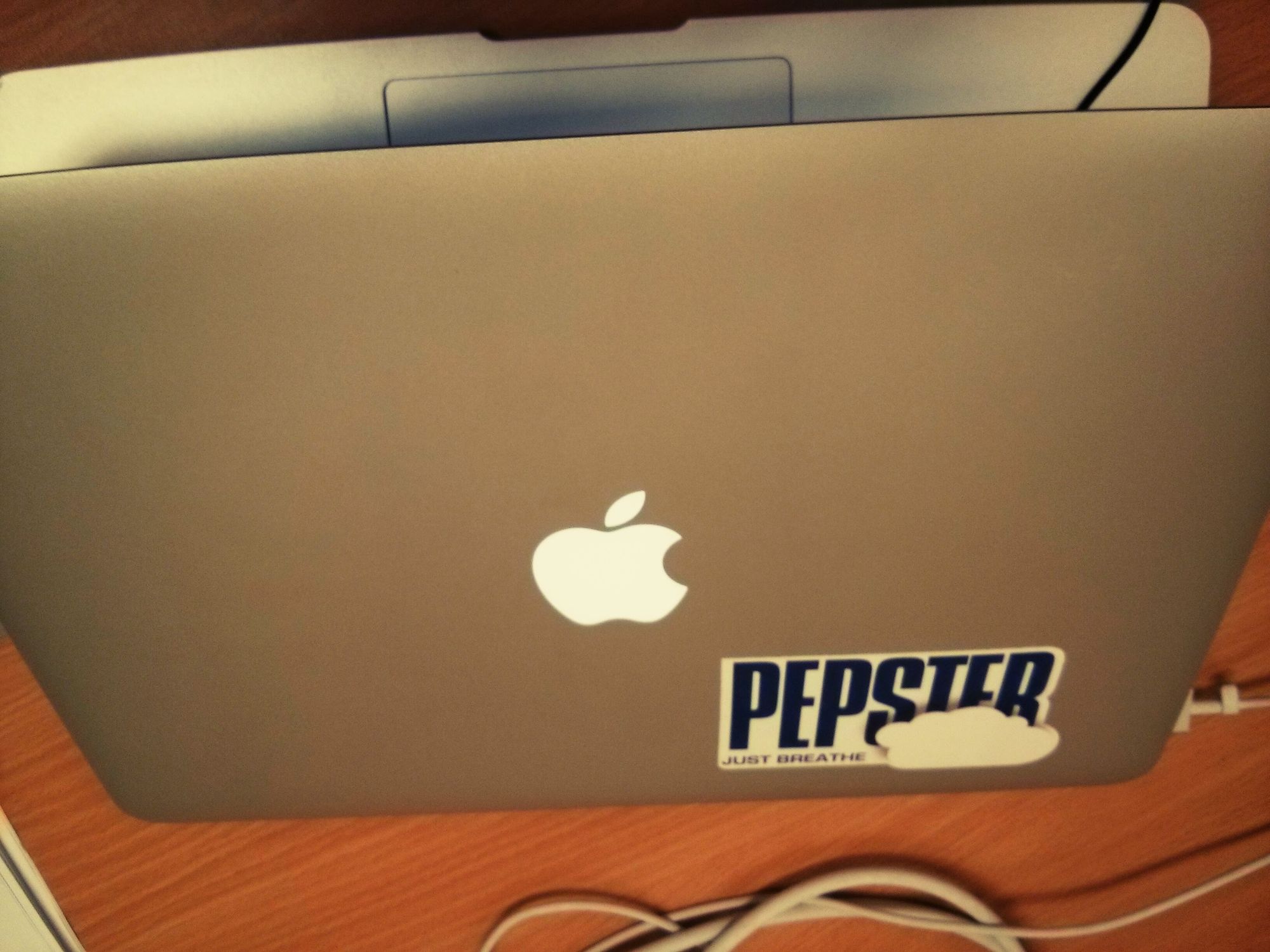 We found faily early in the program that the basic Android App we had made wasn't going to cut it. Kids grew bored of a line on a screen almost as quickly as the plastic pressure meter they were familiar with. I decided to try my hand and becoming a game developer and using the device as a controller. Around the same time we organised with the original clinical team at Mater Children's Hospital[2] to run a small prospective trial. The primary endpoint being compliance.

To run this trial we had to move from the 1 device we had to 25. We took the opportunity to update the hardware. Somewhere along the way bought an early resin printer to see if we could make use of it for prototyping. The results were sub-par. The printed devices gave us a good idea of form but were too brittle. We ended up using a university CNC to mill the devices from blocks of plastic. 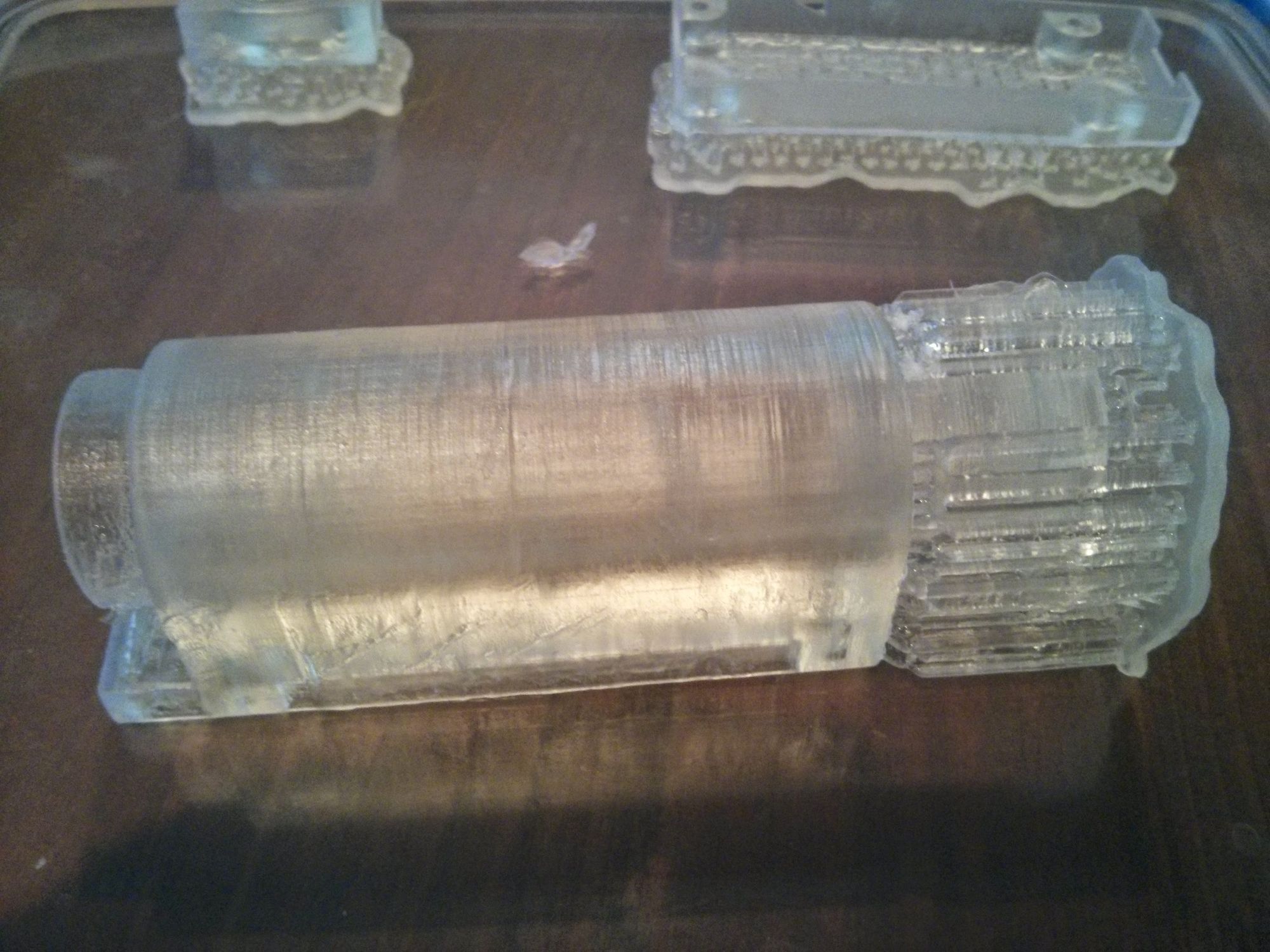 Device and software development continued. We purchased two dozen tablets and got to work. In the end it was almost a year between trial planning and getting the funds and approvals to run the trial. During that year Jeremy and I both also started PhDs full time. Development slowed but we weren't tied to funding which allowed us the freedom to move slowly.

The next couple of years somewhat blurred together. In hindsight, working on a startup and a PhD at once was a recipe for moving slowly. We spent the time between 2014 and mid 2015 iterating on the device as we gained feedback from test users. During this time we added two engineers to our team to help get the product ready for use in the trial. 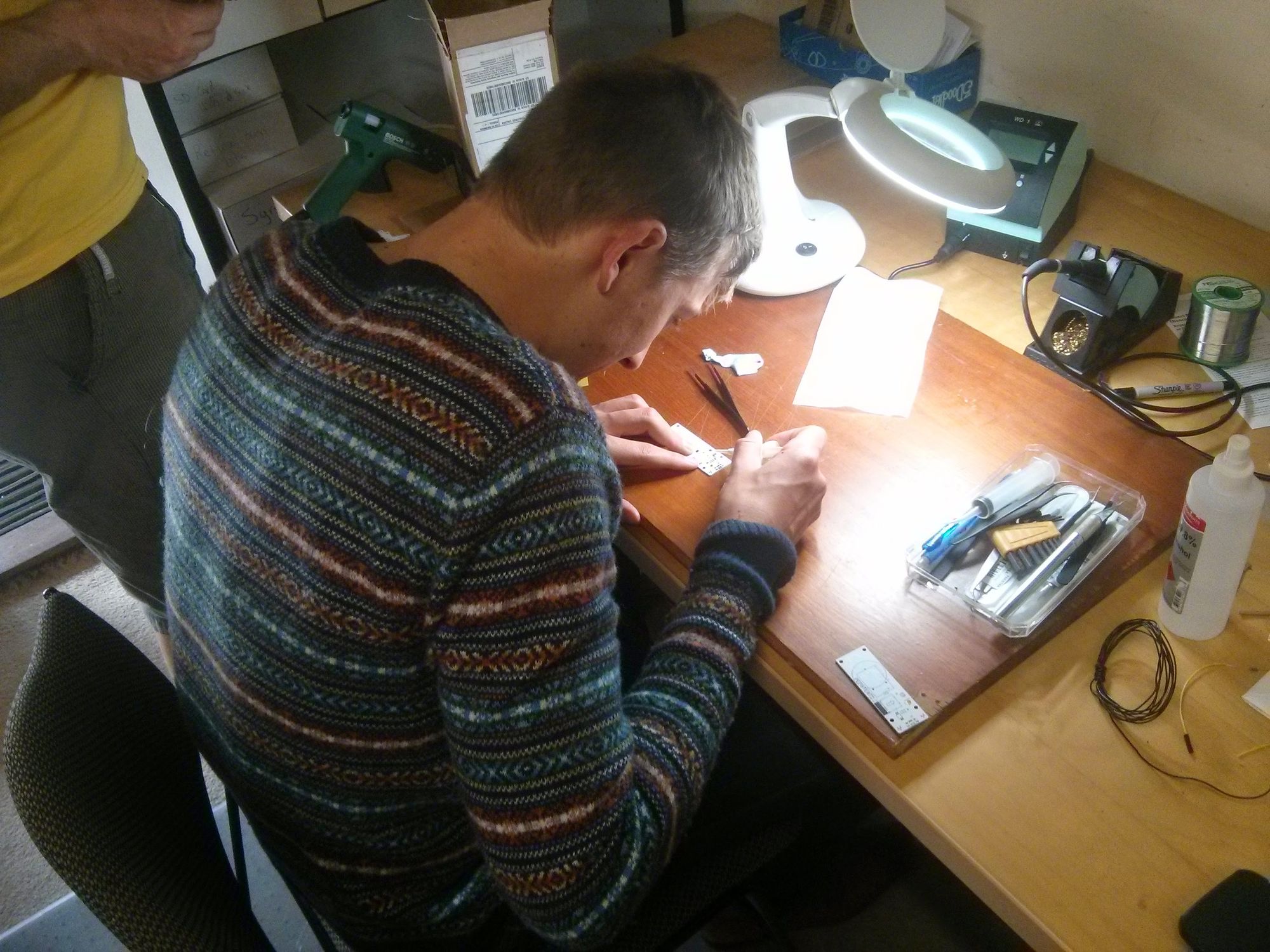 Around the same time we engaged an industrial design firm to help with design and large scale production. (We also designed a new, friendlier logo). 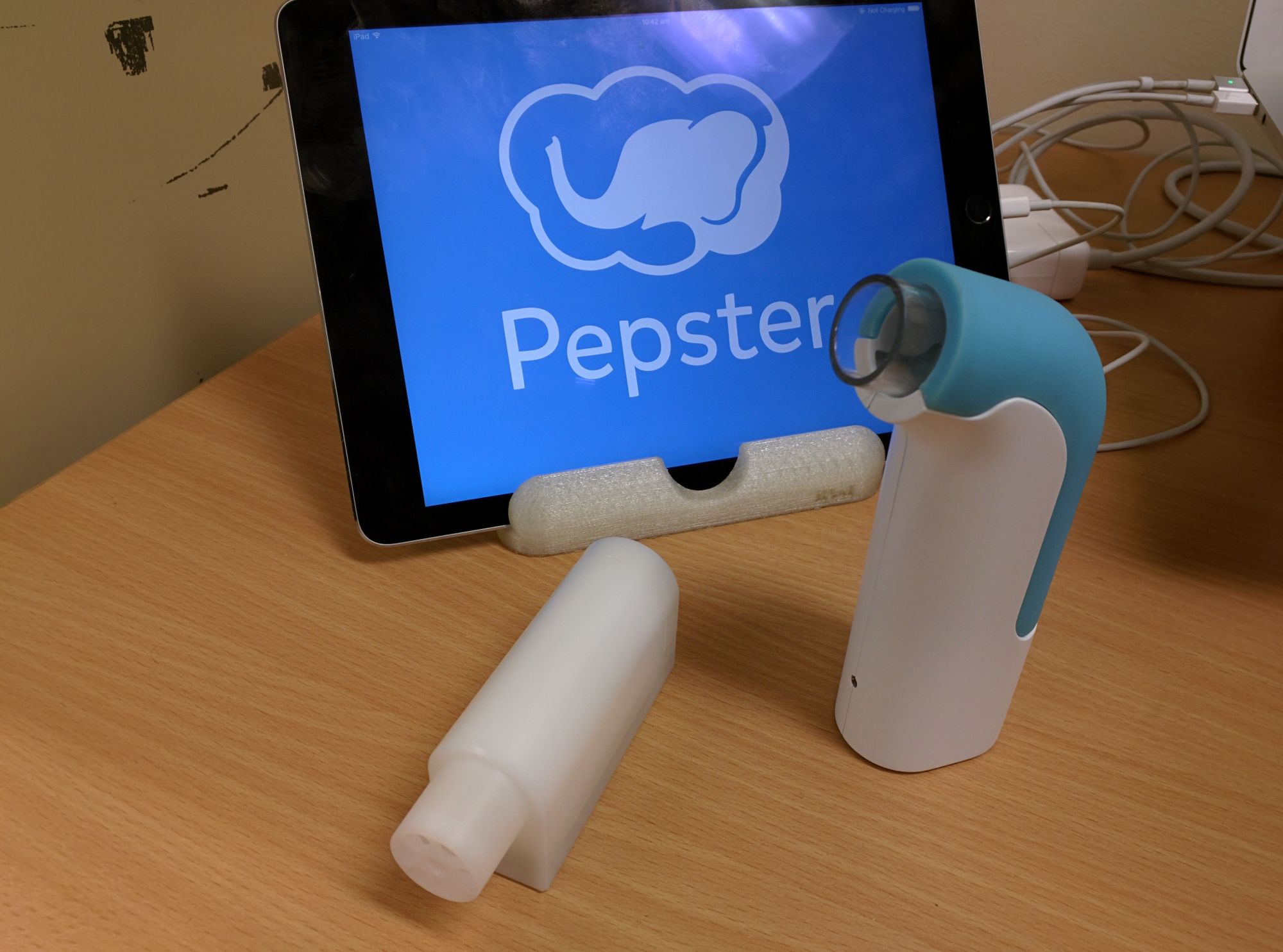 We knew early on that our device was a medical device. Despite advice to attempt to pivot to a wellness product, we felt committed to our mission. We started work on our quality management system and supporting validation documents. Looking back we should have engaged an external partner but learned a lot along the way.

Our trial ran over the course of 12 weeks. Clinicians assigned children device in one of two modes: with feedback or record only. We looked at compliance and how well the recorded pressure matched the target. The participants would randomize into one of the two groups for six weeks and then switch to the other.

Results were positive but due to hardware issues we weren't able to achieve statistical significance. We did uncover useful design changes and understood what sort of repeatability we would need to release the product.

We continued development, design and work on the regulatory approval based on the data we had.

Needless to say, Pepster did not make its way to market. We needed to raise capital to finalise approvals and device production. Looking at the market for the device and the funds needed we were unable to find a price point we were comfortable with. Given the device was for at young kids we couldn't add five figures to their cost of treatment.

While the company shut down and the product didn't make it to the market I got a lot from the experience. In many ways it was the first step into a decade of working on medical technology. My PhD and current company are both looking at applying technology to health. The missteps we made allowed me to avoid them the second time around.